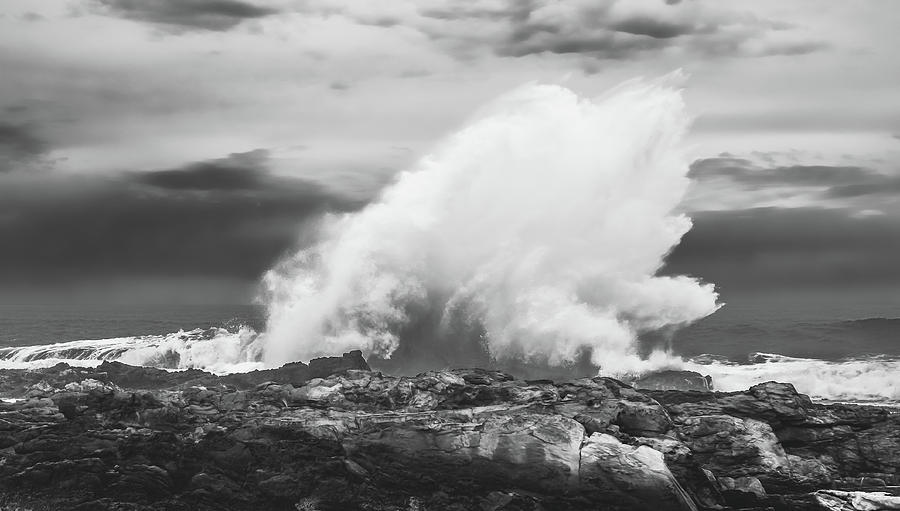 The Tsitsikamma National Park is a protected area on the Garden Route, Western Cape and Eastern Cape, South Africa. It is a coastal reserve well known for its indigenous forests, dramatic coastline, and the Otter Trail. On 6 March 2009 it was amalgamated with the Wilderness National Park and various other areas of land to form the Garden Route National Park.

The park covers an 80 kilometres (50 miles) long stretch of coastline. Nature's Valley is at the western end of the park, and the main accommodation is at Storms River Mouth. Near the park is the Bloukrans Bridge, the world's highest bungee jump at 216 metres (709 ft).

The word "Tsitsikamma" hails from the Khoekhoe language tse-tsesa, meaning "clear", and gami, meaning "water", probably referring to the clear water of the Tsitsikamma River. Other meanings are 'place of much water' and 'waters begin'.

i overlooked this beautiful image over two years ago. i look at it today with a fresh and renewed eye. now it is fully part of this groups images. 4/26/20...

Thanks Steven! ~Jeff at JSJ Photography

Congratulations! Your beautiful work has been featured in the Fine Art America group “Black and White – The Art Form”! You are invited to archive your featured image for permanent storage and for viewing on the Discussions Page: “2c- Member's Extraordinary Features and Showcased-Images are Archived here” theme. Simply copy your image’s Embed URL on your image’s profile page, and paste it into the Discussion Page theme as noted above. Group URL: http://fineartamerica.com/groups/black-and-white--the-art-form.html

Congratulations! Your outstanding artwork has been chosen as a FEATURE in the “The Gray Scale Outdoors” group on Fine Art America — You are invited to post your featured image to the featured image discussion thread as a permanent place to continue to get exposure even after the image is no longer on the Home Page.

Hello Member of Creative Black and White Fine Art Photographs Group - I have accidentally commented on your feature forwarding you to the wrong post in the group’s discussion board to display your featured image preview. Please whether you have or haven’t yet, post your recent preview (any featured images on 7/1/17 or later) to “Stunning Featured Images #2” and if you have already added it to #1, once I see your preview in #2 I will go ahead and delete it from #1. Please accept my apologizes for any inconvenience this may have caused you. - Angie

Thank you Angie. I moved the photo to “Stunning Featured Images #2” so you can now delete the #1 copy. ~Jeff at JSJ Photography

Wow! That is a really big splash! Great capture, Jeff.

Congratulations!! This stunning black and white image has been featured today in "Creative Black and White Fine Art Photographs" Group!! You are welcome to add a preview of this featured image to the group’s discussion post titled “Stunning Group Featured Images #1” for a permanent display within the group, to share this achievement.

Thanks for the L/F/C Barbie! ~Jeff at JSJ Photography

Another cool angle of a powerful wave and an image filled with a gorgeous tonal range!!

Thanks Art! On this one I tried to balance the tones in the wave and capture the clouds in the background. Pretty dramatic, I think. ~Jeff at JSJ Photography