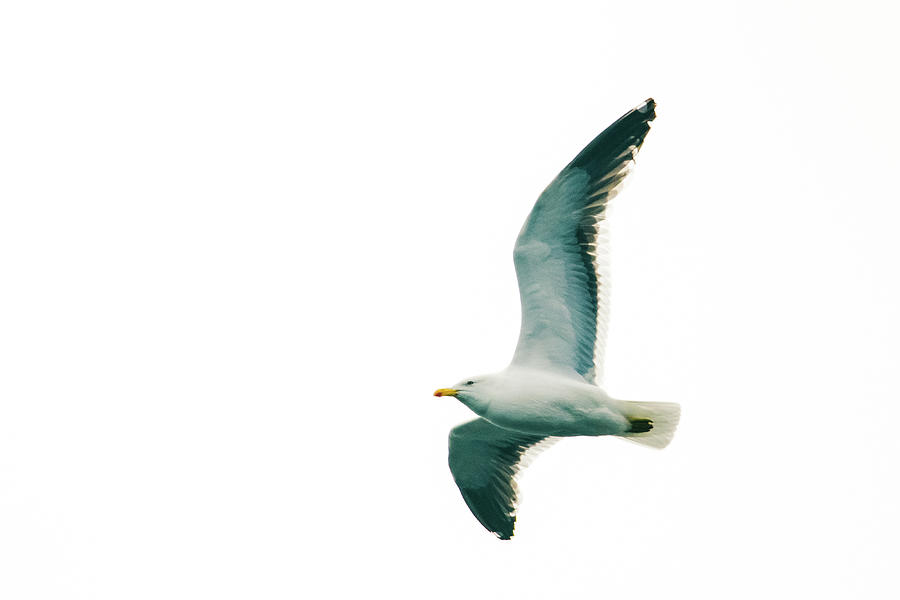 A Kelp Gull in flight over Spert Island, Palmer Archipelago, Antarctica on 3 FEB 2020.

The kelp gull (Larus dominicanus), also known as the Dominican gull, is a gull which breeds on coasts and islands through much of the Southern Hemisphere. The nominate L. d. dominicanus is the subspecies found around South America, parts of Australia (where it overlaps with the Pacific gull), and New Zealand (where it is known as the southern black-backed gull, simply the black-backed gull, or by its Māori name karoro). L. d. vetula (known as the Cape gull) is a subspecies occurring around Southern Africa.

The specific name comes from the Dominican Order of friars, who wear black and white habits.

There are five subspecies of kelp gull. The African subspecies L. d. vetula is sometimes split as the Cape gull, L. vetula. It has a more angular head and a smaller shorter bill. The adult has a dark eye, whereas the nominate kelp gull usually has a pale eye. Young Cape gulls have almost identical plumage to similarly aged kelp gulls.

Kelp gulls are omnivores like most Larus gulls, and they will scavenge as well as seek suitable small prey. They gather on landfills and a sharp increase in population is therefore considered as an indicator for a degraded environment. Kelp gulls have been observed feeding on live right whales since at least 1996. The kelp gull uses its powerful beak to peck down centimetres into the skin and blubber, often leaving the whales with large open sores, some of which have been observed to be half a meter in diameter. This predatory behavior has been documented in Argentinian waters, and continues today.[8] At rocky sites along the southern African coast, such as at Boulders Beach in Cape Town, kelp gulls (Larus dominicanus vetula) can be seen picking up shellfish and repeatedly flying up several meters and dropping them onto the rocks below in order to break them open. They have also been reported pecking the eyes out of seal pups on the coast of Namibia before attacking the blind seals in a group.

The nest is a shallow depression on the ground lined with vegetation and feathers. The female usually lays 2 or 3 eggs. Both parents feed the young birds.

Thanks for the L/F/C Alex! ~Jeff at JSJ Photography

Thank you VERY MUCH Pravine Chester for featuring my photographic artwork "Kelp Gull In Flight" in the group Animals and Birds in the Wild on 04/25/2020! ~Jeff at JSJ Photography

Thank you VERY MUCH Doug Norkum for featuring my photographic artwork "Kelp Gull In Flight" in the FAA group Beautiful Birds on 04/25/2020! ~Jeff at JSJ Photography