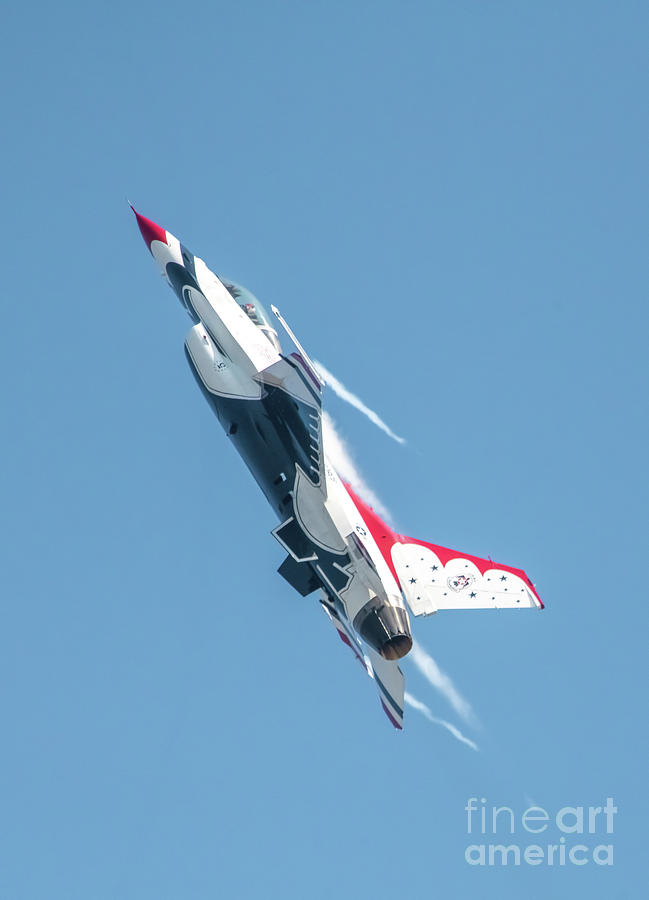 The Thunderbirds perform for people all around the world to display the pride, precision and professionalism the U.S. Air Force represents. Through air shows and flyovers, they aim to excite and inspire. In addition to showcasing the elite skills all pilots must possess, the Thunderbirds demonstrate the incredible capabilities of the Air Force’s premier multi-role fighter jet, the F-16 Fighting Falcon.

The demonstration is a mix of six aircraft performing formation flying and solo routines. The four-ship Diamond formation showcases the precision and training of U.S. Air Force Pilots, as well as the gracefulness of the F-16. The two solos display the power and maximum capabilities of the mighty F-16 Fighting Falcon, a frontline fighter.

#5 Lead Solo Major Kyle Oliver is the Opposing Solo Pilot. He majored in communication technology and music at Ohio State University and earned his commission through the ROTC program in 2010. He played intramural sports and was a member of the marching band. He has logged over 1,200 flight hours including more than 230 combat hours over Iraq and Syria as part of Operation Inherent Resolve. This is the third season with the team and hails from Beavercreek, OH.